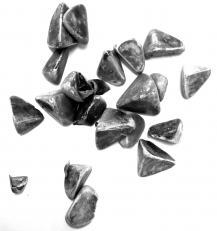 To remove only the stones could result in them reforming after several years and problems returning. The gallbladder is not a vital organ, and absorption and digestion can continue normally after it is taken out. If you have gallstones and don’t remove your gallbladder, you risk infection of the gallbladder (cholecystitis) or bile duct obstruction leading to pancreatitis.

Silent gallstones that have been detected by chance and have never caused any symptoms do not need treatment. There may be some unusual circumstances where treatment may be recommended for silent gallstones, such as a strong suspicion of cancer, or a patient who will not cope very well with gall bladder inflammation if it develops – Mr Karametos can discuss these with you  However, once gallstones have started to cause symptoms it is likely that they will continue to do so.

Some medicines do exist that may gradually dissolve gallstones, if taken over a period of time. But they only work for a small number of patients, and once the treatment is stopped the stones generally form again. The drugs (ursodeoxycholic acid and chenodeoxycholic acid) work only for small cholesterol stones, and only if the gallbladder empties properly. Months or even years of treatment may be necessary before all the stones dissolve. The drugs may cause mild diarrhea, and one of them may temporarily raise levels of blood cholesterol and certain liver enzymes. These drugs should be offered only to patients who are unfit to undergo surgery. Stones usually recur after these treatments.

Lithotripsy (using sound waves to break up the stones) can work well for kidney stones, but does not work for gallstones. After they have been broken up, the gallstones may not flush out of the gallbladder. In fact the debris can clog the bile duct and cause additional problems.

You may have heard of remedies to “flush out” gallstones. These treatments are unproven, and have no solid scientific evidence to support their use. It is possible that these remedies have benefited some individuals, but to be labelled effective, a treatment has to be shown to work in a majority of patients, when compared against another “standard” treatment or against a placebo.